Cadet Robert Thompson and Cadet Addi Koonce, both under the leadership of Army SAI Koonce, were nominated to the HOMECOMING COURT. After the voting was done, both Cadet Addi and Cadet Thompson were elected as the 2018 King and Queen of the Homecoming court. What an incredible honor for them both. See the second photo of JROTC VP Toni Gross with Cadet Koonce and Cadet Thompson.

Cadet Thompson has aspirations to attend college at Florida Southern and will be applying for several scholarships. Cadet Thompson has been awarded numerous recognitions and awards for his leadership, excellent grades and a great attitude while serving as a JROTC Cadet, third photo.

AUSA Suncoast JROTC Toni Gross was proud to present him with the AUSA Pin and medal set and certificate at last year’s end of year ceremony, Lakeland, FL. 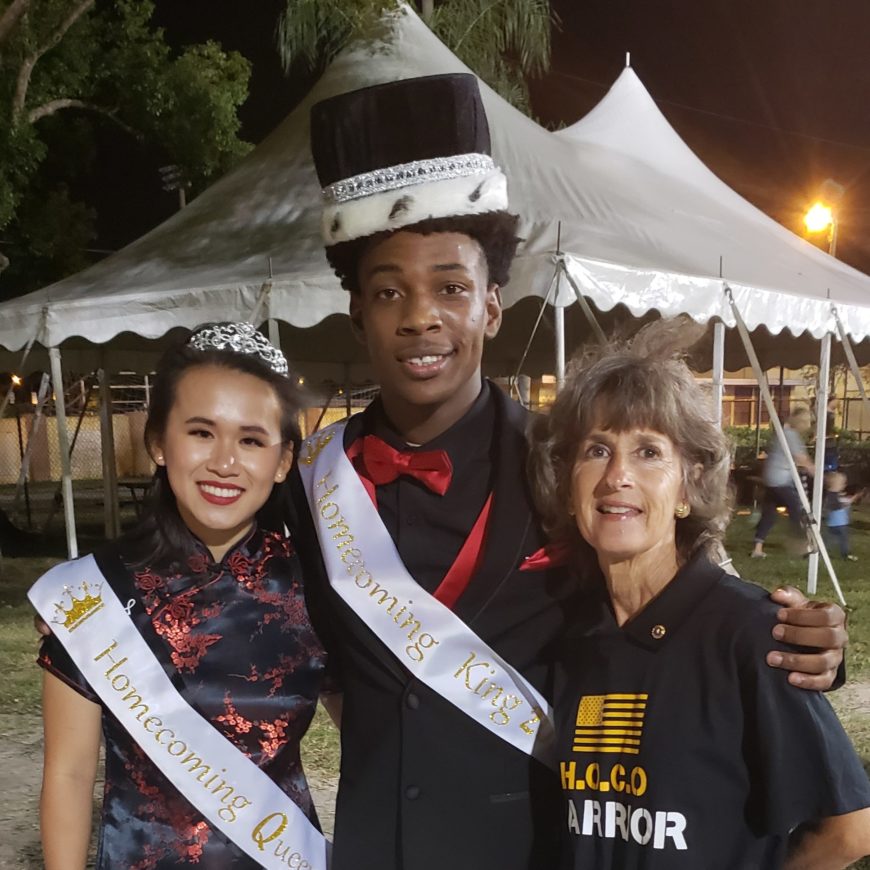